This 4.00-acre property was initially developed as a lumber yard with a 74,353 square foot building prior to 1913.  The Agnell Nail and Chaplet Company occupied the property from at least 1913 to the 1980s, in which steel was galvanized and manufactured into nails and other products. Heat Seal/Ampak occupied the building from the 1980s through 2015 to produce heat-sealing machines, stainless steel tables, and fixtures for the food industry. Consolidated Electrical Distributors and Hajoca currently occupy the property and utilize the onsite structure as an electrical and plumbing supply warehouse with an office space.

Four (4) Identified Areas (IAs) of concern on the Subject Property included the galvanized nail depository, former underground storage tank (UST) area, the existing onsite building, and groundwater. The impacted media in these IAs included soil, groundwater, and soil gas. The Subject Property required a remedy to meet VAP Commercial/Industrial Generic Direct-Contact Soil Standards (GDCSS) based on concentrations of lead in soils of the galvanized nail depository area. The asphalt parking lot overlying this contaminated soil serves as an engineering control that prevents any direct contact exposure to subsurface soil and leaching from soil to ground water, which is subject to O&M requirements.

Based on concentrations of Trichloroethylene (TCE) identified within indoor air exceeding Ohio EPA Commercial Generic Indoor Air Standards, four (4) Sub-Slab Depressurization Systems (SSDS) were installed on the southern portion of the onsite building with commercial grade blowers in March 2016. These four (4) SSDS act as an engineering control which mitigate indoor vapors arising from subsurface contamination. Additionally, indoor air sampling will be conducted annually for VOCs to ensure the onsite commercial/industrial workers are protected.

BJAAM and Regenesis performed in-situ groundwater injections to promote reductive dichlorination in July 2015 and October 2016. Injections using PersulfOx® were used in the former UST area, and injections using 3D Microemulsion® and Bio-Dechlor Inoculum® Plus were used in the galvanized nail depository area. In accordance with OAC 3745-300-10(E)(2) and the Environmental Covenant (EC), a groundwater restriction was placed on the Subject Property to prohibit the use of groundwater for potable purposes and restrict non-potable uses of groundwater except for monitoring and/or remediation. Activity and use limitations also restrict future land use to commercial/industrial purposes only. A building occupancy limitation was placed on construction of new buildings, current building expansion, and a subsurface structure prohibition as well. Lastly, a Risk Mitigation Plan was completed to protect construction and excavation workers site wide in direct contact with lead and TCE contaminated soils.

The VAP NFA was issued in June 2019 by BJAAM and a CNS was later issued by the Director of the Ohio EPA in October 2019, which spurred the sale of the property. The property is currently utilized by an electrical supply distributor and plumbing supply company.

A former industrial property in Alliance, Ohio received close to one million dollars in grant funding for assessment and remediation. Click the link to learn more!

Announcing an NFA Status for an Abandoned Gas Station Site in Fremont, Ohio!

The Former Dakouks Beverage and Deli, Inc. in Fremont, Ohio was awarded an Abandoned Gas Station (AGS) Grant in June 2018. The property was issued No Further Action (NFA) status in January 2019. Continue reading to learn more! 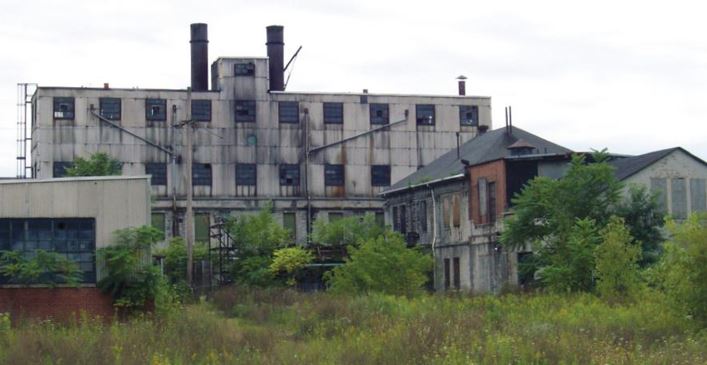 The Former Midwest Rubber Reclamation Facility in Barberton, Ohio was issued a VAP (Voluntary Action Program) NFA (No Further Action) in 2009 and a CNS (Covenant Not to Sue) in 2011. Continue reading to learn more!