Celebrating the Grand Opening of the First Redeveloped AGS Site!

On October 21st, local residents and several organizations that were involved in redevelopment celebrated the grand 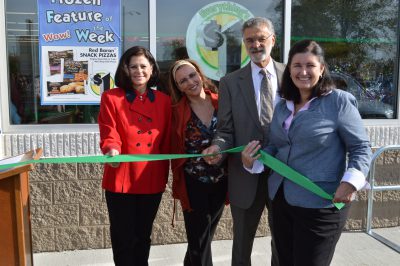 opening of a new Dollar Tree retail sales location. “This site was selected by Dollar Tree as the only new free standing Dollar Tree in the City of Cleveland in many years” said Rose Zitiello, Executive Director of WCDC, “During preliminary site evaluation, two 7000-gallon underground petroleum storage tanks were discovered.That’s when your leadership team rallied. With support from the City of Cleveland and the State of Ohio, the site was fully remediated in 2016. When things looked really grim, the developers and Dollar Tree stuck in there.”

Vacant since 1974, the site was originally developed in the 1950s as a retail fuel sales and automotive service station. BJAAM Environmental, Inc. completed corrective actions in accordance with the Bureau of Underground Storage Tank Regulations, allowing for the new development to commence. “We are very excited because this is the first abandoned gas station project that has been fully redeveloped!” announced Lyn Tolan, Deputy Director of Policy and Communications at the Ohio Development Services Agency.

Historic photographs of the neighborhood can be found on the north side of the building along Bellaire Road. These 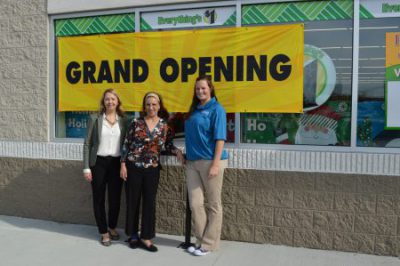 photographs were compiled and enhanced by students at New Tech West High School to share the heritage of early life in the community. Bicycle racks created and installed by former prison inmates through Lutheran Metropolitan Ministries’ Community Re-Entry Program are located in front of the new Dollar Tree. The City of Cleveland Sewer District’s new environmental policies to reduce storm water runoff have even been observed by the developers with the construction of a detention basin behind the building.

BJAAM Environmental, Inc. has been instrumental in the revitalization of this site and can do the same for your community. By employing the highest quality professionals with interdisciplinary backgrounds, BJAAM is able to address a multitude of environmental issues. These services include Brownfield remediation and redevelopment, grant procurement, real estate due diligence, environmental remediation, emergency response, underground storage tanks, and general consulting.  Contact BJAAM Specialists at (330) 854-5300 for more information today! 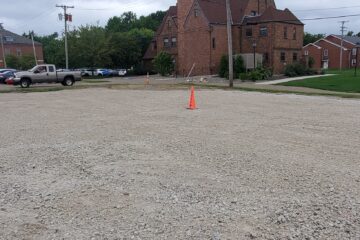